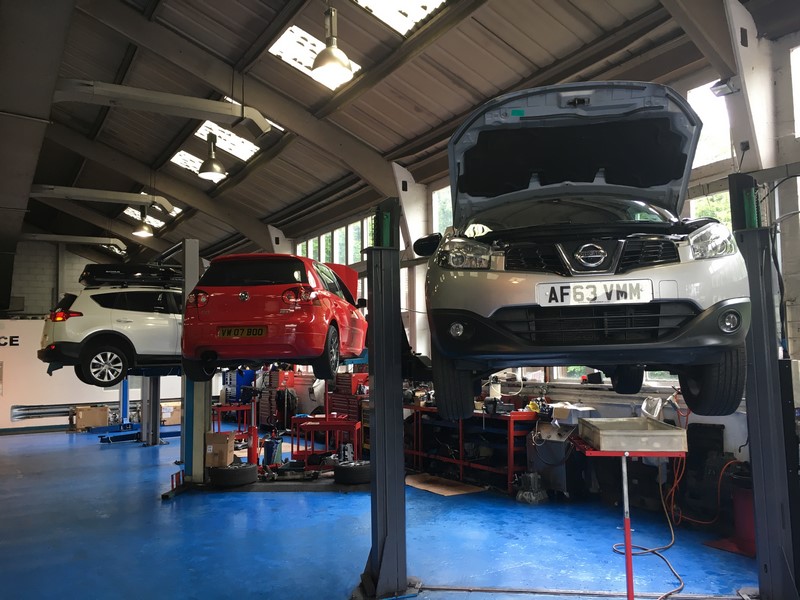 A common fault frequently seen in the Stephens Engineering workshop is vehicles stalling on selecting gear or stalling as the vehicle comes to rest. The problem of stalling when gear selecting or the vehicle coming to rest can be due to a number of gearbox issues. Worn bushes in the gearbox’s front oil pump can result in a lack of converter pressure. The lack of converter pressure can cause the vehicle to stall. A less common issue arises with the one-way clutch or sprag clutch. The sprag clutch is a one-way mechanical clutch allowing the transmission to change gears smoothly under load. As the clutch has no release mechanism, this was commonly seen in Mercedes diesels. The stalling symptoms in an automatic transmission would require a major overhaul of the automatic transmission. Stephens Engineering have a specialist workshop to carry out a thorough overhaul of an automatic gearbox. When we rebuild the transmission’s converter in the machine room, we rectify the problem by adding a return spring modification to prevent a recurrence of the issue.

More symptoms of automatic gearbox problems are when a vehicle drops down to a lower gear when cruising at 60mph. This is a common issue on the six speed ZF gearbox for some BMW and Range Rover models. In the ZF six speed gearbox, the E clutch is the small clutch near the front of the transmission unit. Cracking within the E clutch unit causes a leak off in fluid pressure. To resolve this issue with the ZF six speed automatic transmission, requires a gearbox overhaul in the workshop.

Automatic gearbox faults can be intermittent and these faults do not always show up. When a vehicle is brought into the Stephens Engineering workshop with an issue, however, we carry out several long road tests for the automatic transmission fault to manifest. With over 50 years experience overhauling and repairing automatic gearboxes, our database of faults is now quite extensive.

When you notice symptoms of automatic gearbox problems, contact the automatic transmission specialists at Stephens Engineering, for expert knowledge and repairs.