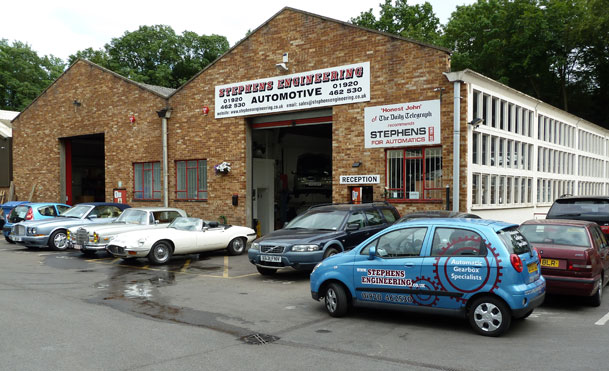 First job of the week was a 2011 Mercedes Sprinter van which required a complete transmission overhaul from the automatic transmission experts at Stephens Engineering. The Mercedes Sprinter van has a loss of drive after five miles. No fault codes were stores, so the Sprinter van was brought into the Stephens Engineering workshop and the automatic transmission was removed and stripped. We carried out a glycol test to check whether there had been a leak from the radiator into the transmission unit. The glycol test confirmed that there had been a cooling water leak from the radiator into the automatic gearbox.When water contaminates an automatic transmission, it attacks the friction plates and the solenoids. The water contamination and damage to the automatic gearbox required a complete overhaul of the transmission unit. During the overhaul of the transmission, also completed an overhaul of all the friction plates, the converter lock-up assembly and checked the other engine components which had been affected by the ingress of water from the radiator.  The cooler lines were flushed prior to the gearbox being refitted to ensure the cooler lines were free from contamination. We then carried out the gearbox adaptions and the Mercedes Sprinter van was taken on a ten mile test drive and then checked for leaks. After the inspection, the Mercedes’ was signed off and is running well.

Mercedes Sprinter van loss of drive resolved by the experts at Stephens Engineering.