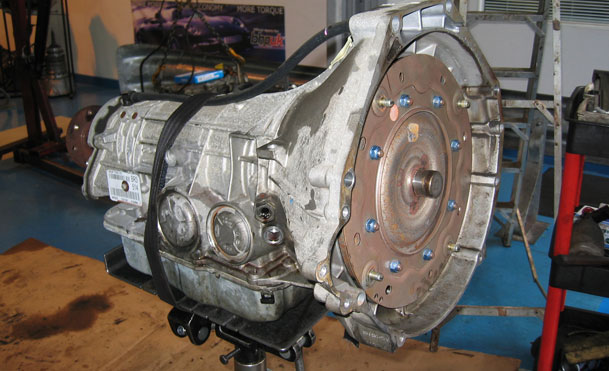 A  2008 BMW X5 gearbox repair was recently carried out in the Stephens Engineering workshop. The 2008 BMW X5 has the ZF six speed automatic transmission. The earlier BMW X5 version used a GM five speed or  the ZF five speed unit.  The BMW X5 was subject to a road test which confirmed the problem was a slip in 5th and 6th gear of the BMW X5.  The diagnostic scan noted the code “Slip from the E-clutch assembly”.